As we have seen, a Brunei dollar is divided into 100 Sen, and normally the symbol of the dollar ($) is used to speak about it or a B from Brunei with the dollar symbol (B$).

After an agreement with its neighbour Singapore, the Brunei dollar has the same value as the Singapore dollar since the 70’s.

Coins and banknotes of the Brunei dollar

Today, there are coins of 1, 5, 10, 20 and 50 Sen. The successive minting of these coins have displayed the effigies of the different Sultan that have ruled the country since 1967. 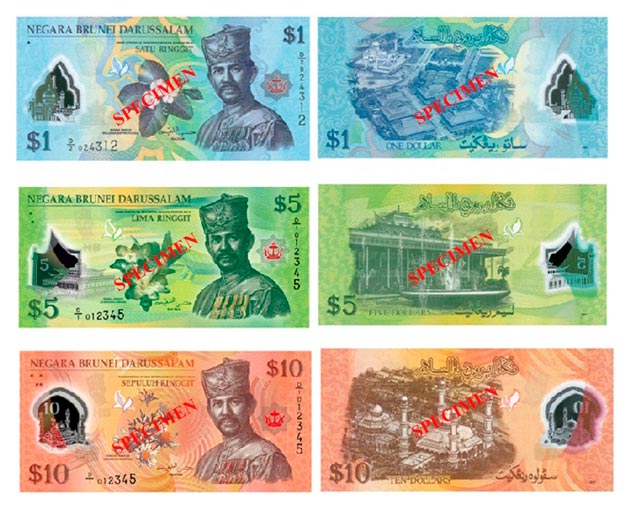 All banknotes denominations are written in Malayan, in Latin and Jawi alphabets. In the old series, the English denomination appeared in the back along with the Malayan denomination, but now it appears along with the Jawi script. Since 2004, the paper series are being replaced by new ones printed in polymer.

Why change currency with us rather than your bank