The Uguiya (Ouguiya in French) is the official currency of Mauritania since its introduction in 1973 to replace the CFA franc. Its ISO 4217 code is MRO (MRU after renamed 2018). This currency is issued by the Bank of Mauritania.

Banknotes and coins of the Mauritanian ouguiya in use

Currently you can find coins of 1/5, 1, 5, 10, 20 Uguiyas that circulate in Mauritania. But the 1/5 Uguiya coin is almost out of circulation due to its very low value. 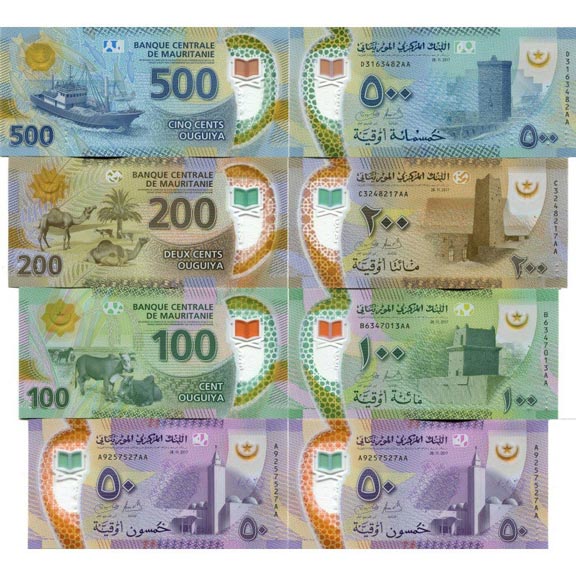 Why change currency with us rather than your bank